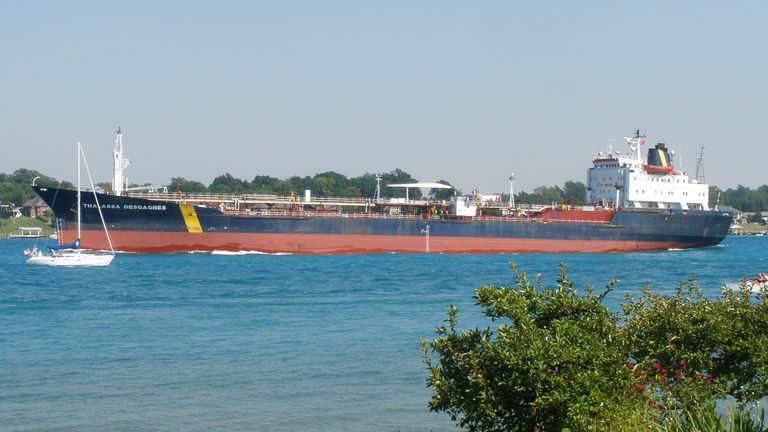 Reporting indicates that the Panama-flagged MV ASPHALT PRINCESS (IMO 7382988) was boarded by armed personnel and seized whilst underway approximately 62nm East-Southeast of Fujairah. The incident was reported by UKMTO at 1230 UTC on August 3rd, described as a ‘potential hijack – non-piracy'.

The ASPHALT PRINCESS is owned by PRIME TANKERS LLC and managed by Glory International FZ-LLC, based in the United Arab Emirates. Latest audio from the M/T ASPHALT PRINCESS and the UAE Coast Guard 'There are people on board with ammunition . . . we are drifting'.

Reporting suggests that MT ASPHALT PRINCESS was approached and boarded by 9 armed personnel before being ordered to sail toward Iran. Unconfirmed reporting indicates a VHF transmission was heard by neighboring vessels identifying as the MT ASPHALT PRINCESS stating that the vessel had been boarded by 5 – 6 Iranians and was now drifting.

As of 0230 UTC August 4th, the MT ASPHALT PRINCESS has resumed movement, navigating in a south-south-easterly direction away from Oman and Iran. 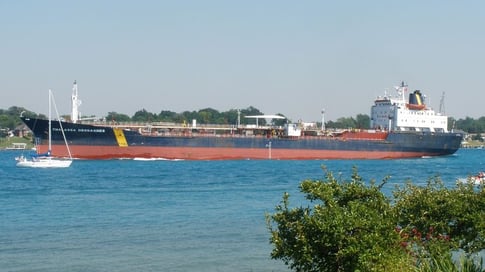 This latest incident comes amid heightened tensions resulting from the Iranian attack on the MT MERCER STREET incident on 29 July 21.

It is assessed that the temporary detention of the MT ASPHALT PRINCESS was a calculated show of strength by the Iranian Navy and ultimately unconnected to events concerning Israel and Iran, as played out in the attack on the MT MERCER STREET. Since July 2019 such incidents have proved relatively common, with 7 incidents of a similar nature occurring within the Persian Gulf and the Gulf of Oman. Whilst seemingly random and ultimately impossible to predict these events are, however, not representative of an increase in risk to wider commercial shipping.

Historically, the IRGC and Iranian Navy have conducted vessel detentions in a like-for-like manner or in response to either the detainment of Iranian vessels or Iranian linked economic activity. In both instances, Iranian forces have been able to assert their dominance within their immediate sphere of interest, which is a central goal for Iranian military operating within the Persian Gulf and the Gulf of Oman.

In July 2019, the British flagged MT STENA IMPERO was seized following the seizure of the Iranian tanker GRACE 1 by British Marines. In January 2021, Iran seized the South Korean tanker HANKUK CHEMI in response to the South Korean government freezing Iranian financial assets. On 12 August 2020 the MT WILA, managed by Greek company IMS SA, was boarded and detained by Iranian forces as a result of its connection to vessels linked through ownership to IMS SA that had been detained by the US.

Iran has consistently shown that in conducting this kind of operation, it is calculated in doing so, by targeting both vessels directly connected with ongoing disputes and those operating within the ‘grey space’ of legitimacy. On 13 July 2019, the MT RIHA was detained by Iranian forces for allegedly smuggling fuel. On 05 August 2019 and 16 September 2019, two unknown vessels were also detained for the same reason. On 17 August 2020, Iran detained a United Arab Emirates (UAE) registered ship for allegedly violating its territorial waters, adding that UAE coastguards killed two Iranian fishermen on the same day.

Whilst the detention of the MT ASPHALT PRINCESS can be accurately interpreted as a show of strength, there are multiple audiences at which this display is aimed. As Iran awaits the US, UK, and Israeli response to the attack on the MT MERCER STREET there is little in the way of advantage to be gained from conducting a limited show of force against a vessel connected to the UAE. For further explanation as to the timing and nature of this incident it is prudent to refer to internal relations within the Iranian military apparatus.

The Iranian Islamic Revolutionary Guard Corps (IRGC) and the more conventional military apparatus The Islamic Republic of Iran Army are fraught with conflict over divergent political and military ideologies and the allocation of scarce resources. The IRGC have a monopoly on economic and political power within Iran, with close ties to Supreme Leader Ayatollah Khamenei. Resultantly, in the 2020 budget, the IRGC received $6.96 billion whilst the wider Iranian conventional military received only $2.73 billion. In addition, the IRGC-N, the naval division of the IRGC, has recently commissioned and unveiled several vessels with the technological capabilities to sail in international waters, a domain typically reserved for the Islamic Republic of Iran Navy (IRIN).

On May 21st 2020, Rear Admiral Habibollah Sayyari, commander of Iran’s Military from 2007 to 2017, condemned the deliberate political and economic posturing of the IRGC, affirming the importance of the armed forces neutrality in political and economic affairs. Sayyari further noted that the Iranian Armed Forces resent the state propaganda that is primarily concerned with the sacrifices of the IRGC during the Iran-Iraq war, disregarding the losses suffered by the wider Iranian military during the conflict.

Guidance for Vessels Operating Within the Gulf of Oman & Persian Gulf:

Vessels operating in this area are advised to review security measures, ensure AIS is always transmitting (except in extraordinary circumstances, consistent with provisions of the Convention on Safety of Life at Sea), and monitor VHF Channel 16.

Refraining from forcible resistance does not imply consent or agreement to that boarding.

Vessels operating in this area are advised to establish contact with both UKMTO and the NAVCENT NCAGS Watch, and to include both on all update or incident report emails, as detailed above. By including both as addressees on each email, awareness will be enhanced without creating an additional reporting burden.

In the event of a security incident, follow reporting guidance in accordance with BMP 5, Section 7 and national authority.

When operating in the Middle East region, merchant shipping is encouraged to report through UKMTO, Telephone +44 2392 222 060 or email watchkeepers@ukmto.org

In addition to the guidance provided in BMP5, merchant shipping is encouraged to report the following to UKMTO as detailed in the IMSC Bridge Cards: